The third in our series, the songs featured on 'A Burning Heart' are not only remarkable for the beauty of the sinuous melodies and arresting harmonies but also as a representation of 'courtly love' poetry at its finest. There is beauty, anguish, tension, release and desire - often expressed in supercharged emotional terms, but sometimes in understated or even secretive fashion. The identity of the dedicatees of the coded songs ‘Cinc, un, trese’ and ‘Pas de tor en thies pais’ may be guessed at, but they are never likely to be known with any certainty. 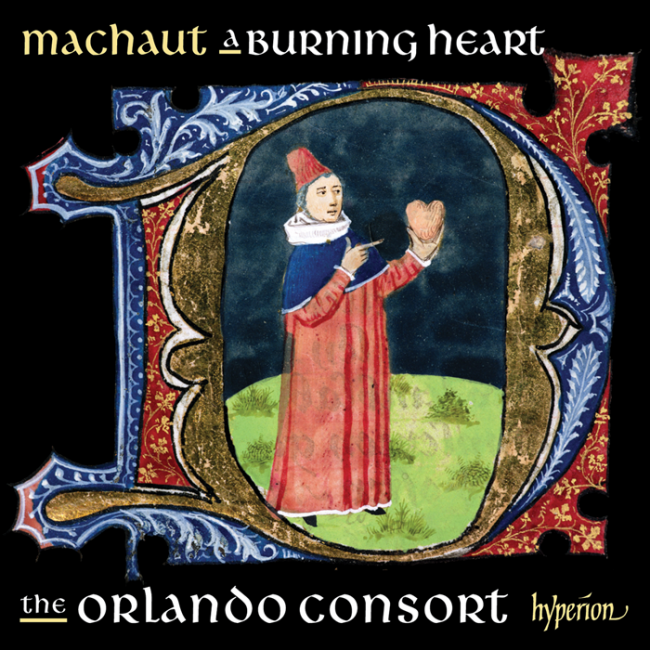 PERFORMANCE
‘An excellent starting point for exploring Machaut’s secular music. Whichever you start with, be prepared to want the others’ (MusicWeb International)
‘A finely sung and well recorded offering, this can only further Guillaume de Machaut’s position in the pantheon of the greats of medieval music and poetry’ (MusicWeb International)» More
‘This is the third collection of songs on the theme of courtly love by Guillaume de Machaut by the the Orlando Consort, who are proving the most committed of guides to the music and mores of fourteenth-century France. Each work in this album makes for alluring listening’ (The Northern Echo)
‘If you are tempted to go further than letting the music alone encompass you, you will be amazed at the complexity of the poems and the musical configurations that Machaut conjures up’ (AndrewBensonWilson.org)