The series launched with the songs from Machaut’s long poetic sequence, the ‘Livre dou Voir Dit’ (the ‘Book of the True Tale’). The poems purport to be autobiographical, charting the ageing composer’s love affair with a young woman - some forty years his junior - from the frisson of excitement and anticipation at the outset to a picture of despair and humiliation at the inevitable ending. Written around 450 years before Schubert’s masterful settings of German poetry, ‘Le Voir Dit’ is arguably the first ever song-cycle. Listen to an excerpt from the solo Le lay de Bon Esperance, 'Longuement me sui tenus ', and the four-part Quant Theseus / Ne quier veoir. 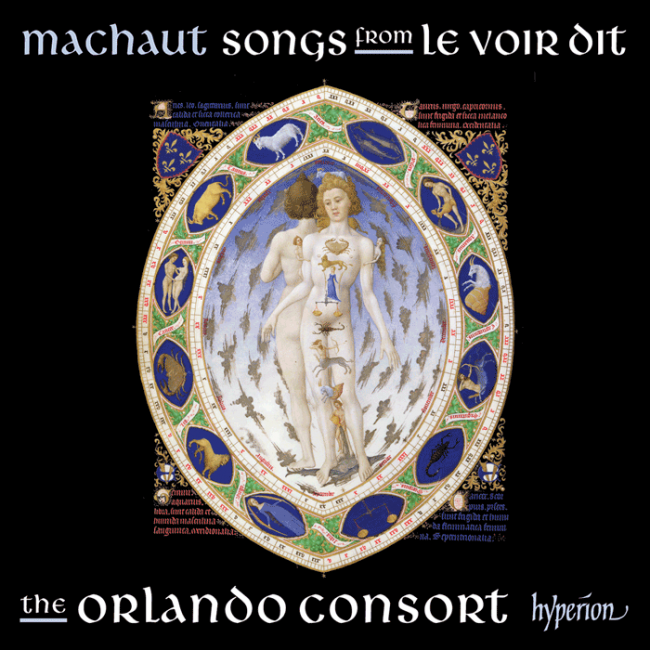 ‘Le Voir Dit is considered the masterpiece of the 14th-century French poet and composer Guillaume de Machaut. Whether or not it is a 'true' or autobiographically accurate tale, as the title implies, the nine songs embedded in Machaut’s anthology of verse and music speak plaintively and in a personal way of the pains and pleasures of love. Hauntingly and mellifluously sung by the four (but sometimes solo) voices of The Orlando Consort, this music still sounds as flavoursome as it must have done 650 years ago’ (The Daily Telegraph)