The Dart of Love is the second in our series of recordings of music by Machaut for Hyperion. It combines poems/songs featuring the three main poetic forms of the 14th century, the Ballade, the Rondeau (see ‘Rose, lis, printemps, verdure’), and the Virelai. Added to this are three Motets (including ‘Quant en moy’), a form that in later centuries came to be associated exclusively with sacred music but which at this time referenced songs with multiple, simultaneously sung texts that could be sacred, secular or a mixture of the two. 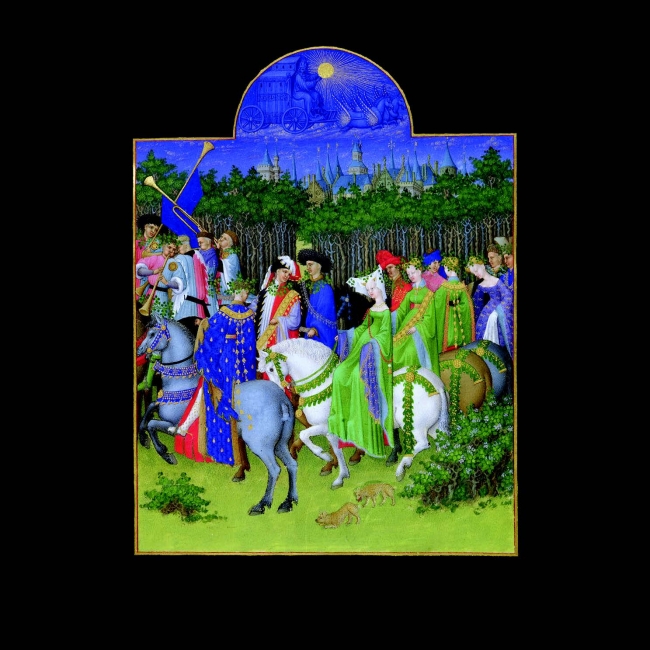 EDITOR'S CHOICE - VOCAL & CHORAL (LIMELIGHT MAGAZINE, JULY 2015)
‘The programme is nicely varied in mood and scoring, ranging from four-voice ballades and motets to a single-voice virelai, and every combination in between … a thoughtful essay by Anne Stone makes audible sense of the many connections between the pieces on this valuable, impressive recording’ (Gramophone)

PERFORMANCE
‘The Orlando Consort … celebrate the fourteenth-century French composer-poet Guillaume de Machaut with a selection of his numerous motets and songs … on the theme of courtly love and its diversions … Machaut, in the skilled hands of these musicians, turns … brutalities into music of ethereal purity, pulsating with poised, almost jaunty rhythms. Music for quiet concentration’ (The Guardian)» More

‘The artistic merits of The Orlando Consort are legendary, and these four male singers deliver performances of great beauty and expressiveness … full of elegant fluency, verve, and nuanced inflection’ (American Record Guide)
‘The second anthology in The Orlando Consort’s Machaut marathon…[is] characterised by supreme text—sensitivity and beauty of tone. One marvels at their trademark exquisite balance and their ability to reveal even the most complex of Machaut’s structures with enviable agreement and ensemble’ (Early Music Today)
‘The Orlando Consort perform these works with matchless purity of tone and clarity of diction’ (Limelight, Australia)» More

‘The Orlando Consort … do their best to make the music as accessible to the modern listener as it would have been to Machaut’s contemporaries without compromising on authenticity … lovers of Machaut’s music are becoming more fortunate all the time’ (MusicWeb International)» More
‘[This recording] offers a greater mix of pieces which amply demonstrate just why Machaut occupies such a crucial position in medieval music … the listener is transported into a richly rewarding and endlessly fascinating soundworld in which poetry and music are entwined as they can only be when they flow from the same pen … deeply satisfying while still whetting one's appetite for more’ (The Europadisc Review)» More
«La séduction so british des Orlando aura ses partisans» (Diapason, France)» More