The ‘Gentle Physician’ is none other than the character ‘Hope’, possibly the most-referenced of all the characters in Machaut’s poetry. ‘Hope’ is called upon (and much needed!) in the remarkable ‘S’onques dolereusement’ featured on the disc, a 3-part ‘Lai’ (a further poetic form that Machaut almost made his own) that, with its extended form, stretches performance demands to epic proportions. The harmonic writing, full of complexity, trickery and sleights of hand, is riveting. It may come as a surprise to modern listeners that the effects and results that Machaut achieve evoke more than a hint of the ‘minimalist’ style of such composers as Philip Glass and Steve Reich. 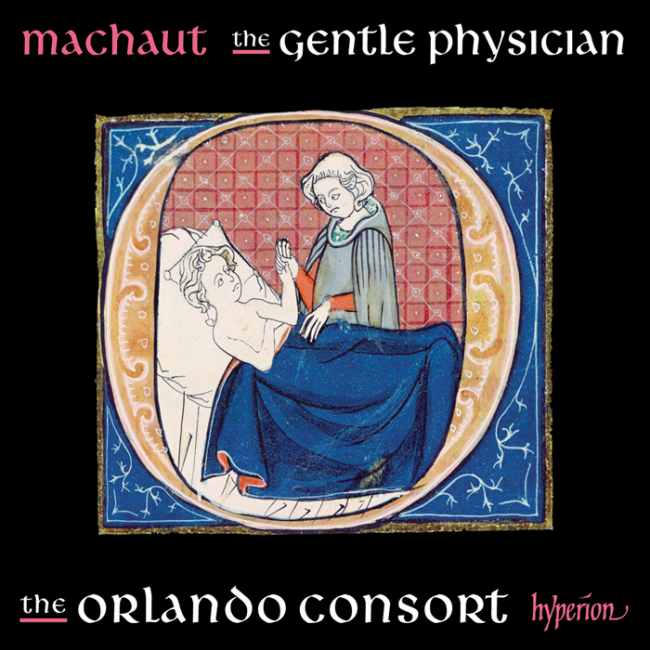 ‘As this recital progresses one is struck yet again with the sheer consistency of Machaut’s art. Despite recognisable phrases recurring from work to work, each piece has something to say. The Orlandos hit their stride in this series some time ago, and collectively they gel wonderfully’ (Gramophone)
‘As in all the earlier releases the booklet contains a very informative essay and complete texts and translations based on the new complete edition … the new recording of the Lay de Confort is particularly welcome’ (American Record Guide)
‘The other major coup is Le lay de confort … a splendid performance, ranking among the best single Machaut songs on records … altogether, this series goes from strength to strength’ (Fanfare, USA)» More
‘Machaut's vocal music has had no better advocates than the Orlando Consort, who have released six superb albums of his works, and continue to bring life to his intricate and intrinsically difficult music … the high quality of this 2018 release gives hope for the continued success of this project’ (AllMusic, USA)» More