The seventh in our series references one of the most important literary texts of the medieval period, Le Roman de la Rose, written by Guillaume de Lorris and added to by Jean de Meun. It explores the imagery of this flower, and flowers more generally, presenting the various faces of Machaut - the religious commentator, the courtly poet, the 'romantic' composer. De toutes flours exemplifies the last of these two aspects of Machaut's interests, a complex ballade of seemingly disparate melodic lines, coalescing organically and almost magically to praise his Lady. 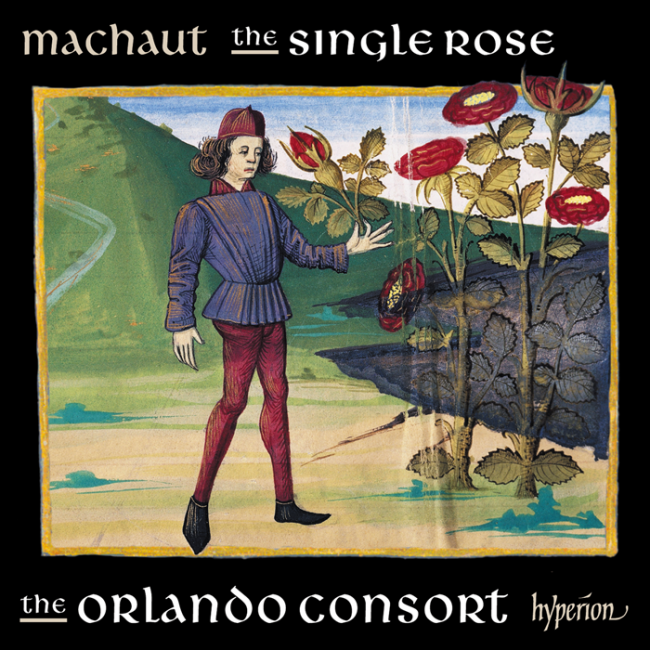 ‘David Fallows called them a ‘dream team’, Fabrice Fitch described their fourth Machaut album in this series as ‘one bullseye after another’ and it will come as little surprise that now I’m about to lace them with more compliments. I love a big recording project planned with superb scholarship, lively programming and consistent performances, and this Machaut series on Hyperion has it all’ (Gramophone)
‘That evergreen theme of courtly love inspires in Machaut extraordinary harmonies and beautiful, primitive counterpoint. The singers combine pin-sharp tuning and gentle phrasing in this seductive collection’ (BBC Music Magazine)

'The Orlando Consort is steeped in Machaut’s intricate polyphony (here using a new performing edition published by the University of Michigan) and respond to his inexhaustible invention with commitment' ClassicalSource.com

'Countertenor Matthew Venner, tenors Mark Dobell and Angus Smith, and baritone Donald Greig sing with complete mastery of the intricate polyphony, odd harmonies, and complicated rhythms that are characteristic of Machaut's ars nova style, and maintain a purity of tone and line that keeps the music intelligible.' AllMusic.com