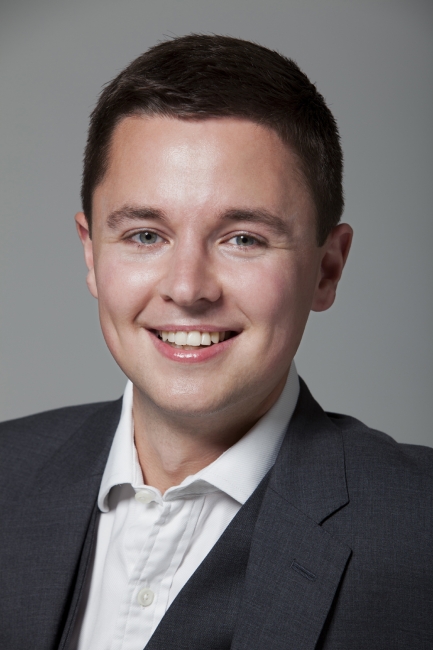 I have been singing for as long as I can remember, joining my father's church choir at the tender age of six and then becoming a chorister at Westminster Abbey when I turned eight. From there, I went on to Bedford School where I carried on singing in the chapel choir and then I continued at university where I was a choral scholar at New College, Oxford.

My singing teacher at Bedford, Tim Jones, was (and still is) a Vicar Choral at St Paul's Cathedral in London. When I was in my last year at Oxford, an alto job came up at the Cathedral. Tim got in touch and suggested I apply. I did, was lucky enough to be appointed, and all of a sudden found myself with the slightly scary prospect of singing for a living. The Cathedral job is a flexible one where we are allowed, encouraged even, to work and travel with other professional ensembles. In 2008, Robert Jones stepped down from his post with the Orlando Consort; I auditioned and was thrilled to be appointed.

I now combine singing with the Orlandos and being a Vicar Choral with other freelance consort and solo work. I sing regularly with the Monteverdi Choir and The King's Consort and I travel to Poland several times a year to perform and record with the National Forum of Music in Wroclaw.

Away from work, I love spending time at home with my lovely wife Julia and our sons, William and Joshua. I can often be found doing Bootcamp sessions at our local park and I have become a keen but very amateur gardener. The Orlando's touring life influences things at home too: I am now an HBO addict and have a dedication to sampling as many new American Pale Ales as I can find.