...which is to say the esteemed former members of the group, Robert Harre-Jones and Charles Daniels, two of the founding fathers of The Orlando Consort.  We're not sure if the British Government recognise services to medieval music, but we reckon the two of them are deserving of MBEs at the very least. 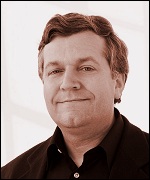 Born in Croydon of Welsh parentage and educated at Trinity School, where, as a member of Trinity Boys Choir, I sang in a number of concerts and recordings with the Accademia Monteverdiana under Dennis Stevens, including several pieces which are now in the Orlando Consort’s repertoire. Also a fairly serious pianist and organist in those days, winning a scholarship to the Junior Department of the Royal College of Music, where my harmony tutor was Robert Langston, organist of St. Bride’s church, Fleet Street, in the City of London. Despite the lack of a serious musical background (although there have always been good amateur singers in my family and my father continues to sing in a choir at the age of 80), I found myself at the age of 17 with the somewhat eccentric ambition of holding a London church post in conjunction with a career as a singer of early music. This ambition was spectacularly realised in 1988, when I succeeded my former tutor at St. Bride’s (a post which I still hold), and became a founder member of the Orlando Consort.

Prior to this, I did a music degree at Christ Church, Oxford, while singing in the cathedral choir under Simon Preston and in the early concerts of a student group called the Tallis Scholars, then held posts as Lay Clerk at St. George’s chapel, Windsor Castle and Westminster Cathedral. Sang regularly with the Tallis Scholars until 1998 (and continue to be wheeled out for the occasional performance of Tallis’s 40-part “Spem in alium”). Still enjoy working with the Gabrieli Consort, featuring as a consort soloist on recordings ranging from their debut disc, A Venetian Coronation, dating from 1990, to Music for the Duke of Lerma, released in 2003. As a soloist, I particularly enjoy singing Bach, but have also featured in a few world premieres, notably Jonathan Dove’s “The Far Theatricals of Day,” for soloists, choir and brass quintet, in 2003.

Married since 1981 to Eleanor, a music teacher whom I met at Oxford. We have four sons; one a promising baritone, who also shares his father’s love of cricket and Indian food, a second who is a budding counter-tenor and rugby forward (how many people combine those two things, I wonder?!), a third who is a former chorister of St. John’s, Cambridge and a fourth, named after Orlando Gibbons, (not the Consort), and the cause of many jokes about Florida! 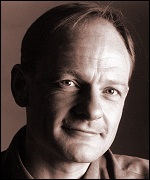 After sixteen years of sterling service to the cause of medieval music and to the Orlando Consort specifically, we are very sorry to announce that Charles Daniels has decided to leave the group. His already busy solo schedule is increasing exponentially as more and more people realise quite how good he is, and he is keen to explore new repertoire with the same vigour with which he has explored the medieval repertoire with the Orlandos.

Charles is keen to maintain his relationship with the group and will certainly feature in future recordings and concerts. Indeed, you can still contact him on his Orlando e-mail address if you have any queries about repertoire or the more arcane avenues of micro-tuning or bicycle maintenance.