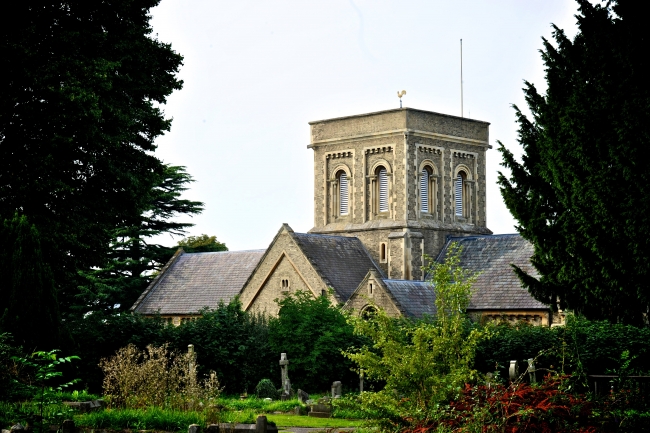 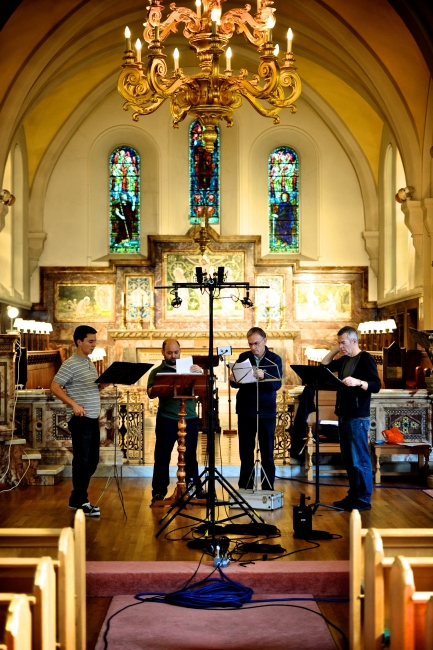 The church in Loughton where we record, exterior, and the standard set-up of the group inside.

Not only have the four singers remained the same for the entire Machaut project; the entire recording team has as well. That has numerous benefits, amongst them ensuring the same overall sound, maintaining a house style, becoming familiar with working patterns, enjoying the obvious social benefit of knowing others’ quirks and foibles, and being able to accommodate them when time is pressing, as it always seems to be when you’re recording.

The recording team in our case consists of our producer, Mark Brown, and the recording engineer, David Hinitt. It is Dave’s job to set up and maintain the recording rig, and it is Mark’s job to steer us through the recording process itself, urging us to perform better, ensuring that we have enough coverage, spotting issues of tuning, pronunciation, ensemble and, broadly, interpretation. And they both do their jobs very well and with good cheer.

We record in a church in Essex, which sounds a bit like the opening of a joke (or at least it does to those who know Essex) but is actually very enjoyable. And it’s not as far away as it sounds, being on the Tube line, or accessible by car (via the dubious pleasures of the Blackwall Tunnel for Matt and Don, and the North Circular for Angus).

Recording is hard work. Although there is always the promise of being able to do it again, one doesn’t want to mess up someone else’s fine performance by making a silly mistake. Moreover, we all take pride in not making errors, so concentration is at a premium.

There is also the issue of outside noise, which can be very frustrating. We are blessed by the Loughton location in so far as it is generally very quiet, with few interruptions by traffic, aerial or road-based. There is a school close by, so occasionally there will be the chirrup of kids, but it never lasts too long and we can always find ways of occupying that time – discussing a point of interpretation, wondering what piece we might record next, arguing about pronunciation, or merely musing about the England cricket team’s prospects.

The church is also fairly warm, and even when it’s not Hyperion will arrange for heaters to be brought in. We work fairly regular hours, breaking for coffee in the morning, for lunch, and for tea in the afternoon. It’s not exactly life at the coal face, though when each recording is over there is a sense of relief. 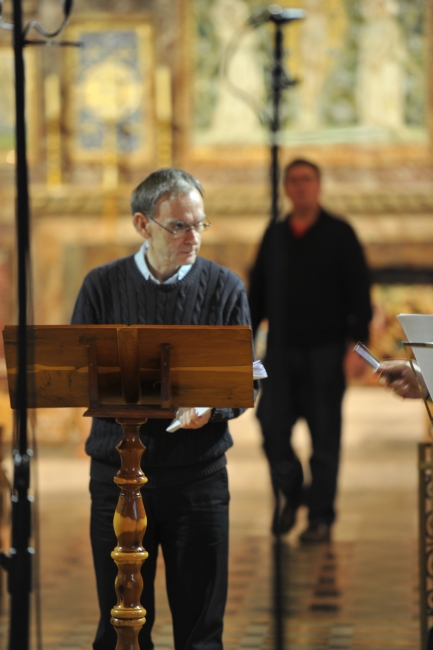 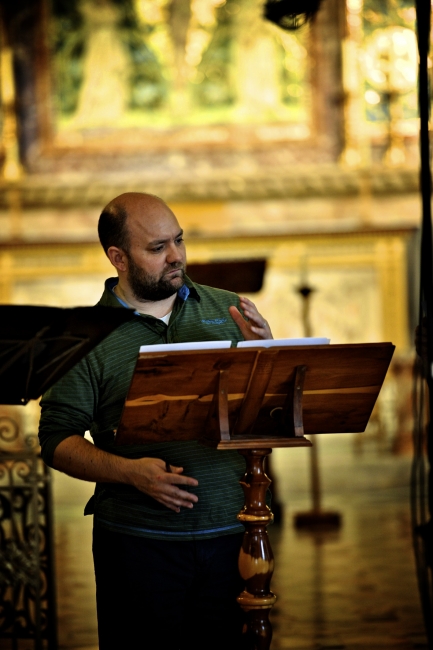 Angus, with Mark Brown hovering in the background, and Mark (Dobell) 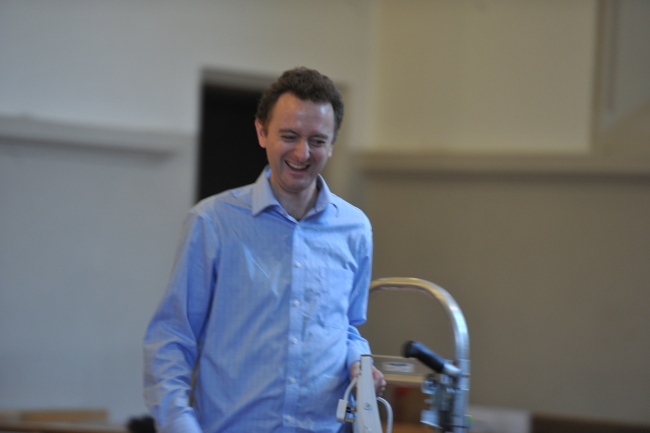 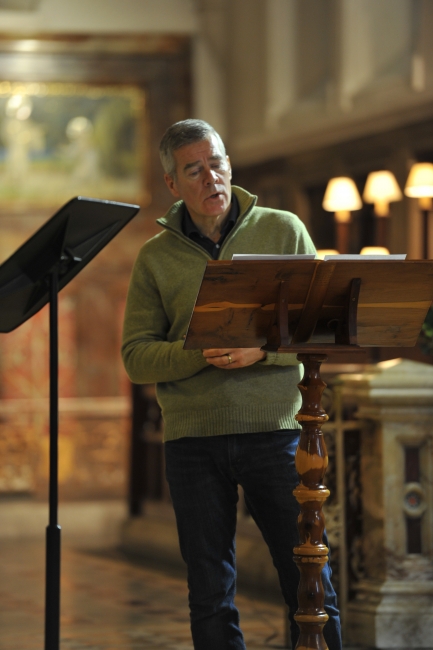 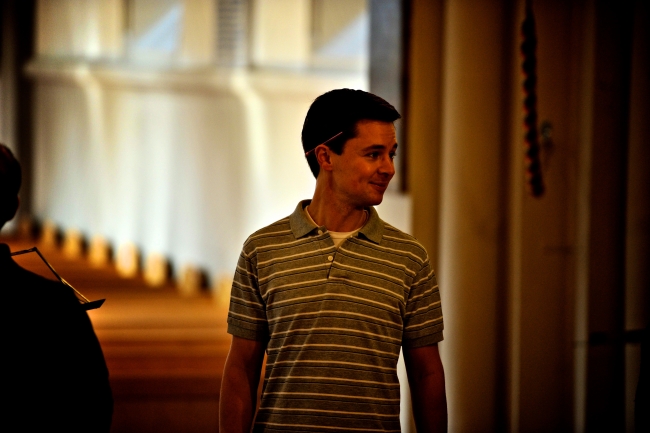 Left to right: Dave Hinitt, Don and Matt, with Matt looking as if he's going to fit a kitchen somewhere...